Is It Your Forever House?

I remember my childhood as a series of moving house. My parents were renters, until they retired to a lakeside camp where they owned a home fashioned from combining a collection of odd outbuildings. I remember at least six homes we lived in. I went to a different high school for each of the four years until graduation. 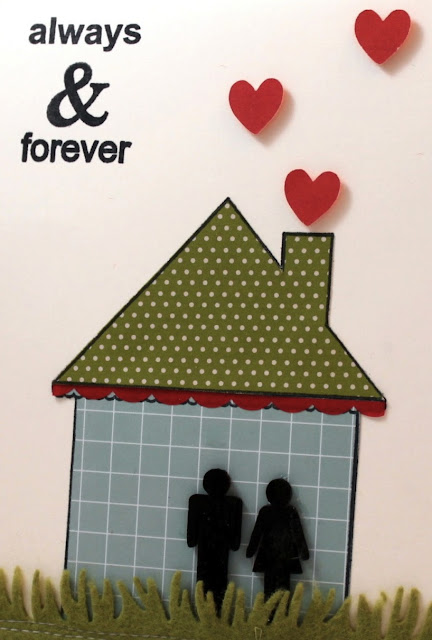 As an adult I had several apartments in New York. I can think of seven of them, and four summer rentals before I bought (and since sold) a summer home. Since I left New York, I have lived in four different homes, the fourth being the present one.

I like to think that this present house is our forever house. But you never know. Of course Mother Nature could take it away (hurricanes). Perhaps hard times would force us to sell. But if nothing drastic happens, this could be our forever house. I often joke that if money were no object, I could own one last great house, maybe a center hall house, or a townhouse (with parking) in the French Quarter.

Recently I did a post about Julia Reed's house being for sale. It seemed like her forever house as she wrote so lovingly about it in her book The House on First Street.  Everyone asks me why she is selling, and really I don't know, and can only hope that is a decision she made in order to move onto something good.


I have been on Tricia Guild visual journey for the past few weeks, exploring her body of work through images. In my research I see she is selling her vacation home in Tuscany, a house she has owned for over 20 years. It seemed like a forever house if ever there was one.

Is the concept of a forever house a thing of the past? There are starter homes. Then there are larger homes to accommodate a larger family. And then there's the senior downsizing. And maybe that can change too if good health goes out the window.

Here in New Orleans, generations of families live in the same house over the years. Kids grow up and move into their own homes, but mom and pops stay put, and the house is often a legacy that goes back to the kids who tend to keep the house in the family. Hurricane Katrina wiped out many of those forever homes.

So, do you live in your forever house?


Hover over any image to Pin it.
Please add my NEW address to your blog list:
http://thevisualvamp.blogspot.com
And please become a Follower again (or for the first time) on this newer VV blog
Posted by The Visual Vamp at Thursday, May 30, 2013 9 comments:
Email ThisBlogThis!Share to TwitterShare to FacebookShare to Pinterest
Labels: Tricia Guild

How Do You Feel About Bathing Suits?

Bathing suit season. It's looked forward to and dreaded. Time to try on swimsuits, whether it's an old favorite, or time to buy a new one.

I haven't worn one for years. For my age (60+) I am fit enough. It's not so much a weight issue, but there are things that I don't want to look at, much less have anyone else view. Plus I am not hanging out in the sun much these days just for the sake of a tan.

And for the record, I never wore shorts, even as young woman, except for one outfit I wore to Studio 54 that featured satin gym shorts with a matching baseball jacket. Really. As a dancer I wore leotards and tap pants in class, and on stage. I do not play sports, and  I always thought shorts looked best on the tennis court or for jogging, but not on the street.


I love the beach. I spent many years going to New York beaches from Manhattan Beach to the Hamptons, and the beaches in New England from Rhode Island to Cape Cod. I also spent lots of time in Florida and the Caribbean, and even on a few beaches in Europe.


I never had a great body by high standards. I'm not fishing for compliments. I like my body. I am a small curvy woman. Like many of us when we are young, I worried a bit about not getting fat, but I was never one to skip a meal ha ha. I was an artists model when I was first in art school. I was modest when appropriate, but didn't have a hard time showing my body for an artist. I favored bikinis for my beach wear, and I also loved a high waist two piece that Norma Kamali designed in the 1980s that had a great retro look.

I bought a sad one piece a couple of years ago. Floral ruched top, little black skirty bottom. An old lady suit. I have never worn it. If I go to the beach, it's usually early in the morning, or late in the afternoon. I usually wear Capri leggings and a breezy tunic, with a big straw hat. I remember there was once a fashion of beach pajamas for women, and I think that would be a nice thing to bring back.


What about swimming? Haven't gone swimming in years. I'm not a very good swimmer, so it's not a hardship. If I am at a private pool, I will skinny dip to swim.


I saw this headline on the Internet: "Fatkini" Sells Out. The word Fatkini made me mad and sad. Meant to be cute, but it really is mean. Anyone who needs to lose a few pounds knows it and does not have hear the F word. The idea of cute swimsuits for all body types is fabulous.


On my first trio to Europe (I was 22) I ended up on a beach with youngish large German women wearing the tiniest of bikinis. It liberated me and made me admire their confidence. I also went to my first topless beaches in France, and never looked back. And of course there are the old school grannies that I grew up around, women who swam all their lives, and sported bathing caps and floral one piece suits with a modesty panel. Some of them jiggled, but it never looked out of place, and the F word simply did not apply. They were the women we loved and who loved us, who took us to the beach and played with us for hours.


So how do you feel about bathing suits? Are you still wearing one? And by the way, men fare worse than women. They seem stuck between Speedos and baggy pants.

Hover over any image to Pin it.


Please add my NEW address to your blog list:
http://thevisualvamp.blogspot.com
And please become a Follower again (or for the first time) on this newer VV blog
Posted by The Visual Vamp at Wednesday, May 29, 2013 16 comments:
Email ThisBlogThis!Share to TwitterShare to FacebookShare to Pinterest
Labels: Bathing Suits. Fatkini, Fashion, Tales of Me In The City, Think

I have a tango student that turned out to be someone from my past. How crazy to meet someone 40 years later in a different city, as a grown-up, and finding out we went to the same art schools. In the tango world, first names suffice. And the dance is really what it's all about. So it takes awhile to find out what people "do".


Alberto had mentioned to me that Frank is an artist. I filed it away in the back of my brain, and finally after months of small talk in our classes or at social dances, I began to connect the dots. I asked Frank his last name so I could look him up. It took me a few weeks. I like him so much that I didn't want to know that if he was an artist, was he any good. Not that it would change my regard for him, but you want the people you like to be good at what they say they do.


I finally went to Frank's web site. We both studied at The Art Students League in New York. This is an art school that trains students in old master techniques. It's about figure drawing, anatomy and perspective classes, copying old master paintings, etc. It was not a place that one went to, if you were gunning to be an abstract expressionist which was all the rage when Frank and I were young art students. The curriculum was hard, and the teachers were serious.

"Frank Janca. is a modern—day master in the truest sense. His impressionist canvases display an emulation of the Baroque and Renaissance Masters married with a refined individual style. Janca insists on personal involvement in every aspect of his paintings. Dissatisfied with the quality of paints commercially available to artists, he grinds his pigment by hand and cooks his own oil mediums, similar to the manner of medieval alchemists. His carefully prepared linen canvases are frequently underpainted in grisaille, a centuries-old technique of painting the forms in grayscale before color is used. Janca then paints the final image with rich, jeweled colors. The results of these efforts are luxurious colors now rare in contemporary work and paintings which will remain in the finest condition for generations to come. The length of a typical painting day for Janca is about 14 hours. Such perseverance has brought Janca’s work to a level reflecting the insight and maturity of a master painter who is recognized as such in the United States and abroad."


Frank does it all. Plein air landscapes and street scenes painted in France (and all over the world). He also does beautiful still life and portrait paintings. He is originally from Biloxi, Mississippi, and after several years in New York, he returned. Frank works with many interior decorators and designers in the Biloxi area, whose clients are thrilled to have his paintings in their homes.

Frank Janca has an exhibition coming up in Biloxi at Ohr-O'Keefe Musuem of Art If you are in the area, stop in and say hello while you get to experience his incredible work in person, and tell him the Vamp sends you - or maybe you should say his tango teacher sends you.

Hover over any image to Pin it.


Please add my NEW address to your blog list:
http://thevisualvamp.blogspot.com
And please become a Follower again (or for the first time) on this newer VV blog

Posted by The Visual Vamp at Saturday, May 25, 2013 3 comments:
Email ThisBlogThis!Share to TwitterShare to FacebookShare to Pinterest
Labels: Artists, Frank Janca